The rules and regulations regarding Foreign Direct Investment (FDI) in online retail in India are ambiguous to say the least. There is no existing policy framework which governs the FDI in e-commerce; they are clubbed under the general rules for FDI in retail.

But, this seems to be changing as the DIPP (Department of Industrial Promotion and Policy) asked for comments, reviews and suggestions from the Industry players and those associated with the online retail Industry in the discussion paper it released on 30th January 2014. 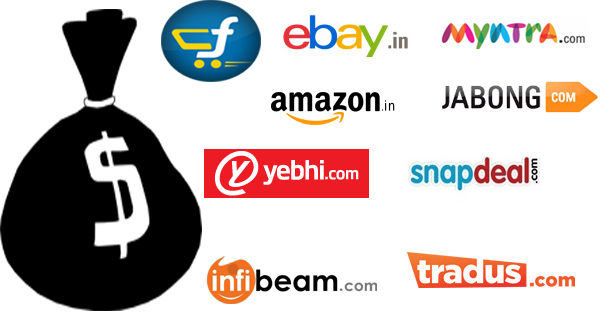 Currently in India, FDI in B2C e-commerce is prohibited. Basically in simple words, global online retailers or International investors who are looking to sell products directly to customers are prohibited to do so, just like the offline FDI policy on retail which prohibits players like Wal-Mart or IKEA to come to the country.

You may ask how come EBay and Amazon are operating.

Well, to answer that question one will have to look at the business model employed by these companies. EBay has always operated as a ‘marketplace’ and an ‘auction’ site which basically means that a shopper never buys directly from EBay as it does not sells product on its own instead it works like a ‘marketplace’ or to tem it correctly, an online marketplace. EBay basically allows sellers from across India to use it platform for displaying and listing their products, the buyers buy products from the sellers and EBay only works as a mediator felicitating the transaction and making sure that the interest of both the parties involved in the transaction are protected.

Amazon has entered late in Indian e-commerce but it also works on the same model. These companies don’t engage in Business to Consumer (B2C) e-commerce as they don’t sell product themselves.

FDI in India is a complex issue in itself, as FDI in multi brand retail has been allowed only in cities with a population of 1million and above. Online multi brand retailers due to their very nature can’t be restricted by this regulation. Moreover, there is a tussle between industry bodies about whether to allow FDI in online retail or not. While the IT body NASSCOM has said that it favors FDI in online retail as long as these companies source a large chunk of the product they are retailing from within India, the national body of traders has vehemently denied FDI in any form of online retail as they fear that it will destroy small traders, the ‘big’ online retailers can go on a price-war and sell products which are not manufactured in India are the two issues that the traders body constantly alleges.

Note – These are the rules & regulations as of 11th June 2014. They may change in future and we will update the same on blog accordingly.