Amazon India has finally announced the launch of Samsung Galaxy K Zoom after continuous teasers on the home page. Samsung has launched it second phone-camera hybrid as a follower of last year’s Galaxy S4 Zoom. This one has been announced at Rs. 29,999 and Amazon is offering freebies worth Rs. 6000 to the first thousand buyers. These include a free Samsung pop out case, SanDisk 32GB micro SD card, 6 free movie tickets, Rs 1000 value off coupon on purchase of select handbags and Rs 1000 value off coupon on select watches on Amazon. 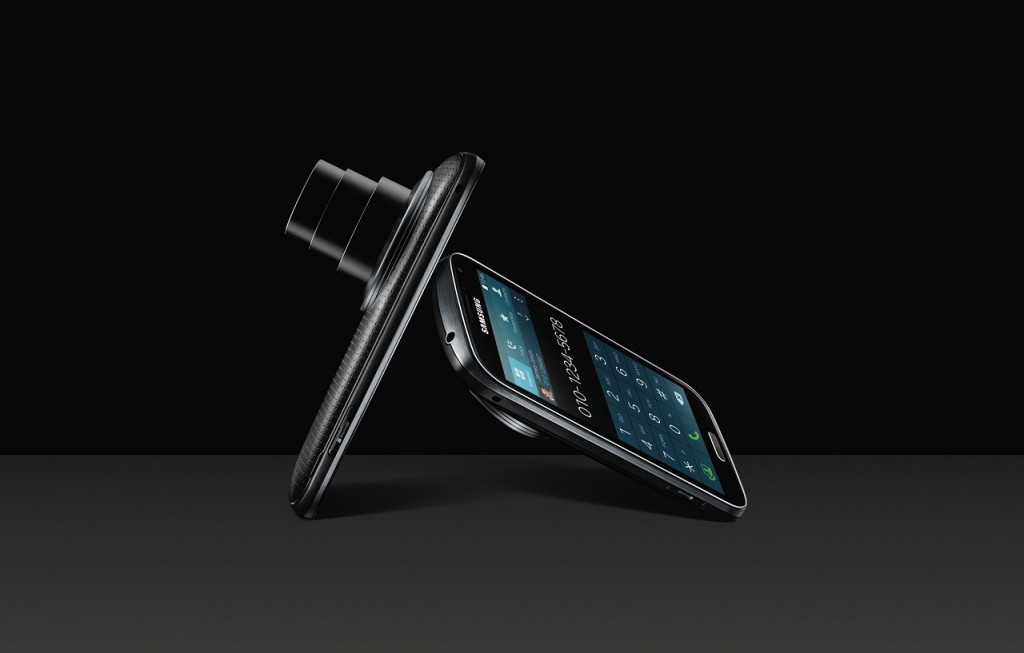 The Galaxy K Zoom has a combination of features of a smartphone and a point and shoot camera. The device comes with a 720 x 1280 pixel super AMOLED screen. The 4.8 inch screen has a pixel density of 306 ppi along with 16M colors. It is multi touch and has the protection of Corning Gorilla Glass 3. It is backed by a 1.3GHz quad-core Cortex A7 and 1.7GHz dual-core Cortex A15 Exynos 5260 processor. The operating system is Android v4.4.2 (KitKat) and it has a 2GB RAM.

Moving on to the camera; the back panel of the Galaxy K Zoom has a powerful 20.7MP camera that is the main attraction of the device. It has a resolution of 5,248 x 3,936 pixels and it supports LED flash. The camera boasts of features like touch focus, face detection and auto focus. The 10X optical zoom adds on to the name of the device and it also has optical image stabilization. It is suitable for HD video recording as well. The phone has a secondary camera of 2 MP for video calling.

The 8GB internal memory is supported by an additional micro SD card slot. Connectivity features like Wi-Fi, Bluetooth, USB port, 3G, GPS/AGPS and GPRS with EDGE add on to the desirability of the smartphone.

The device is a great buy for photography enthusiasts who enjoy experimenting with different modes and features that Samsung has packed its latest launch with. All this can be done with just a single device to carry around which makes for a good enough camera option for beginners or those who are want to try a hand at photography. The handset is also good for watching movies because of its bright screen. The device is a little bulky which will be a negative for those who avoid heavy phones.